Simone Thiis: When New Age came to the village

Growing up with a great deal of freedom, and a father who wanted to save the world, Simone struggled with her own boundaries.

When New Age came to the village is a performance focusing on the issues of freedom and boundaries, prejudice, collectivism and individualization, based on the emergence of the alternative movement.

Simone Thiis’ story, as a daughter of Harald Thiis – the founder of New Age in Norway – is the fulcrum. There have been stories from children of the hippies, from those who grew up in free collectives, from Christiania, but not yet from the childhood of the alternative movement in Norway. At Bauker course-farm in Gausdal, where Simone grew up, the community was at the center. The idea behind the whole project was to create a better world. Today, Bauker stands as the most important contribution to an alternative thinking in Norway.

Simone learned to firewalk on glowing charcoal and make herbal teas of nettle and birch when she was 10 years old. At the same time, she had to relate to the rural school where “everyone was equal” with styled hair and pastel colored clothes. Prejudice flourished in every way.

No one told me I was different, but I quickly realized that, and since we had no recipe for how to meet the village, I had to make my own.

Simone grew up with a great deal of freedom, and a father who wanted to save the world. His vision was boundless, and Simone struggled with her own boundaries. She has many times gone far beyond the boundaries common to many others.

This is a humorous and honest portrayal of a time and a movement seen in the context of the time we live in now and Simone’s upbringing. Behind the many layers of successful irony and the undoing of a parents project that has completely lost its time (read: the naive belief in the downfall of capitalism), there is also a melancholic admiration for her father’s project 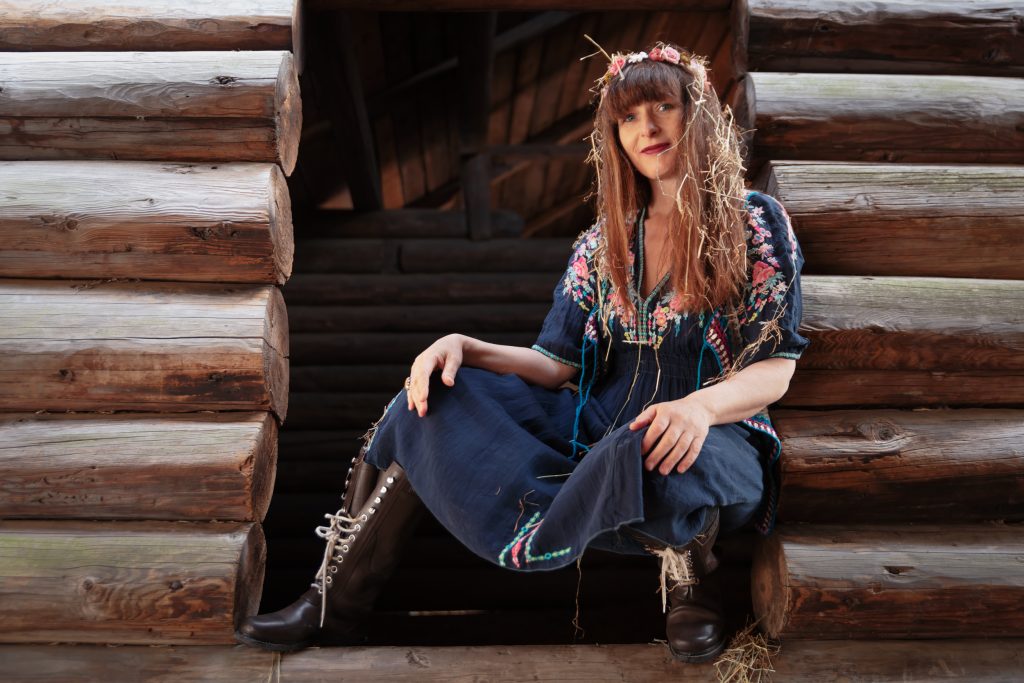