Leo Bassi is back! 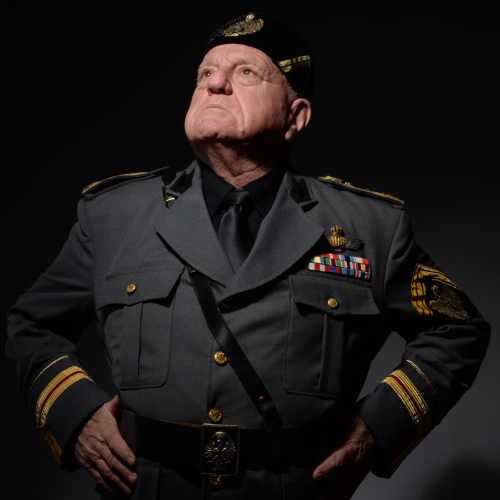 Leo Bassi has visited PIT several times, and not at all without leaving a trace. He tricked both the Minister of Culture and the public at the Cobble Stone Ball in 2002 into believing that he was the EU’s cultural attaché. But when he started crushing melons with a sledgehammer accompanied by loud rock music, the doubt came. He launched his huge, yellow bathing duck from The City Square in 2015 – for peace – and sailed down the river. And every year there are many people who ask: Will Leo Bassi come this year? And, yes, this year he’s back!

Leo Bassi’s performances are always a unique experience, and one can simply not be completely sure what will happen. I, Mussolini is apparently a ridicule of the men of power. Here are jokes, light provocation – and reflection on political manipulation; an artistic exercise that touches the essence of the clown subject, and which Bassi has treated in various ways in several previous performances.

Provocative, funny, suitable for creating optimism and for giving the audience the desire to resist – or better: to laugh at power. Laughter against intolerance!

We need a laugh as an antidote to fascism.