Herøya 1943 should have been performed in June. Due to the ongoing pandemic we have moved the premiere to June 3rd 2021! 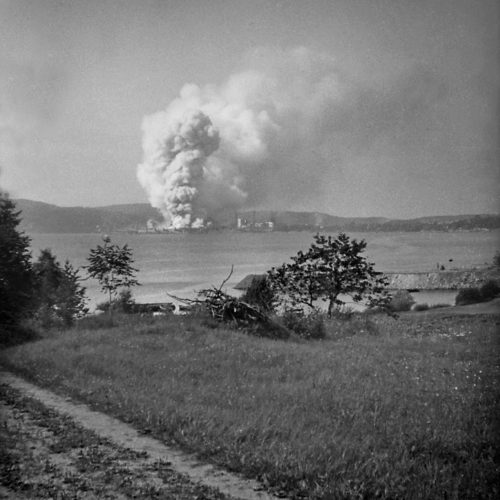 Herøya 1943 tells the story of the deadly US bomb attack on July 24, 1943 and the events leading up to it – Hydro’s collaboration with Nazi Germany on the construction of the light metal industry on Herøya.

What happens to a society that is lured or forced into a fatal armament venture? We follow the employees and forced laborers at the light metals plant at Norsk Hydro and I. G. Farben on Herøya as well as employees and visitors at Hydro’s representative building Admini and soldiers in the SS Guard battalion guarding the plant.

Herøya 1943 follows the events from Meierislaget 1933 (Battle at the dairy 1933) and is produced with a large ensemble of professionals and amateurs alike. Herøya 1943 is the second installment of a trilogy from director and screenwriter Tor Arne Ursin on the political and social conflicts in the Porsgrunn throughout the most dramatic years in our history.

Herøya 1943 should have had premiere in June 2020 and is performed at Maritime Museum (Sjøfartsmuseet) in Porsgrunn.

Now the premiere is scheduled to June 3rd, 2021, and performs until June 18th.

About Battle at the dairy 1933: “Can eighty-five-year-old workers’ stories have something to say to people today? At Grenland Friteater the answer is a clear and resounding yes. “The Battle at the Dairy 1933” (…), with its prediction of the coming of Nazism and the painful double role of Norwegian police during the war – is entertaining political folk comedy about a society’s choices. “- Lillian Bikset, Dagbladet 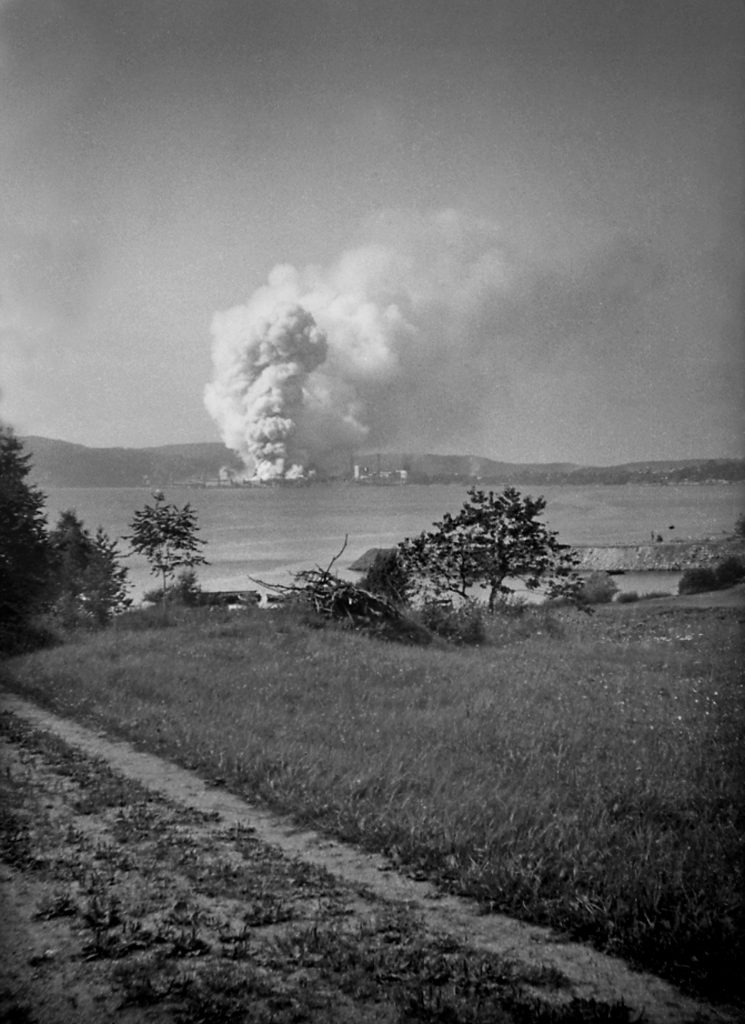